First, we are riding a 9-hour plane ride to Japan

then we go to okinawa

we get to perform hula and Our blackpink dance

we get to spend 2 days with our pen pals

we also get to Miyajima island

I am so excited!

we are playing would you rather

Would you rather get one free round trip international plane ticket every year or be able to fly domestic anytime for free?

Would you rather be balding but fit or overweight with a full head of hair?

Would you rather be able to be free from junk mail or free from email spam for the rest of your life?

Would you rather have an unlimited international first class ticket or never have to pay for food at restaurants?

Would you rather be lost in a bad part of town or lost in the forest?

Would you rather never get a paper cut again or never get something stuck in your eye again?

Would you rather randomly time travel +/- 20 years every time you fart or teleport to a different place on earth (on land, not water) every time you sneeze?

Would you rather the aliens that make the first contact be robotic or organic?

today I am talking about my bucket list. They are very typical but…

if you don’t know what a bucket list is, it a list of things you want to do before you pass

Today I am showing you some of my favorite artists because I change my playlist all the time. So I have a lot of songs on my playlist. 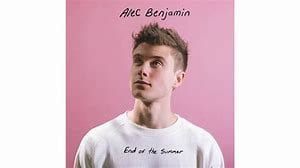 Alec Benjamin Youtube via bing free to use images 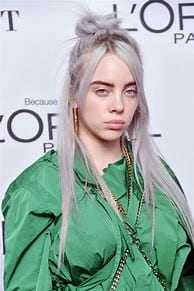 Wallpapercrave.com via bing free to use images

I’m going to talk about my Spring break

I went to scratch eatery

I bought a plant from a farmers market

I went to Ulta

I pulled a lot of all-nighters

Watch one too many episodes of friends

Learned how to play the ukulele online

today I’m writing all the plays I have done

Peace on Your Wings

Once on this Island

I am OBSESSED with The Umbrella Academy on Netflix. So I thought I would talk about it!

THIS HAS A LOT OF SPOILERS

On the 12th hour of the first day in October 1989 43 women mysteriously gave birth. None of them were pregnant when the day first began.

A man named Sir Reginald Hargreeves traveled around the world to locate the children. He managed to get 7/43 of them.

They are adults now

They find out their dad has passed away.

So all of the reunited at the Umbrella Academy

They show that their dad was always busy at night. Also, they couldn’t even say goodnight.

Past: There is a bank robbery and the kids fight the robbers.

Luther jumps through the top of the bank and throws a man out the bank window.

there is a dancing scene

and a mysterious storm appears

you see a man on the other side

klaus being Klaus throws a fire extinguisher at it

and little 13 y/o five comes out

it has been 17 years since he left

he was there for 45 years

they have a funeral for their dad

luther and Diego fight and knock Ben’s Statue over

Allison and Klaus are both holding their wrist

Diego is getting him and looks in pain

vanya draws an umbrella on her wrist with a marker

Today I’m talking about my favorite Netflix shows. I have a couple of them. You should check these shows out! They are a mix of shows.

today I am showing you guys my favorite quotes. There might be a lot of quotes

Life is like riding a bicycle. To keep your balance, you must keep moving. — Albert Einstein

Nothing can dim the light that shines from within. — Maya Angelou

You only live once, but if you do it right, once is enough. — Mae West

Good is not enough. You’ve got to be great. — Simon Cowell

We all have two lives. The second one starts when we realize we only have one. — Confucius

Sometimes the wrong choices bring us to the right places. — Unknown

The people you must lie to, own you. The things you have to lie about, own you. — Michael Ventura

Life can only be understood backward, but it must be lived forwards. — Soren Kierkegaard

My life is my message. Mahatma Gandhi

Keep looking up… that’s the secret of life. Snoopy

Those who realize their folly are not true fools. Zhuangzi

Life is short, and it is up to you to make it sweet. Sarah Louise Delany

the purpose of life is to believe, to hope, and to strive. Indira Gandhi

I am thankful to all who said no to me. It is because of them that I’m doing it myself. Albert Einstein

You’re only here for a short visit. Don’t hurry, don’t worry. And be sure to smell the flowers along the way. Walter Hagen

All you need is love. But a little chocolate now and then doesn’t hurt. Charles Schulz

Sometimes the questions are complicated and the answers are simple. Dr. Seuss

here are two great days in a person’s life – the day we are born and the day we discover why. William Barclay

Life does not owe you anything because life has already given you everything. Ralph Marston

To live is so startling, it leaves but little room for other occupations. Emily Dickson

The day you stop racing, is the day you win the race. Bob Marley

welcome back! today I’m doing things to do when you are bored. Also, I am running out of post ideas so comment some below. These are some things that I do when I’m bored.